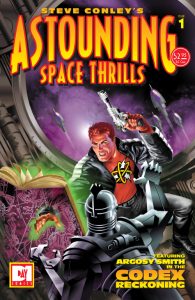 This year marks the 20th anniversary of my comic book and webcomic series Astounding Space Thrills. This year, I’ll be producing an omnibus edition collecting all the AST stories into a single volume. The omnibus will be available through a Kickstarter campaign, so be sure to follow me on social media or, better yet, sign up for my mailing list to be informed when the Kickstarter launches and snap up the limited awards and early-bird discounts.

Twenty Years ago today, on January 5, 1998, I sent out a Press Release announcing the upcoming first issue of the Astounding Space Thrills comic book. The big news was that the cover featured work by legendary artist Steranko.

Here’s a look at the announcement: 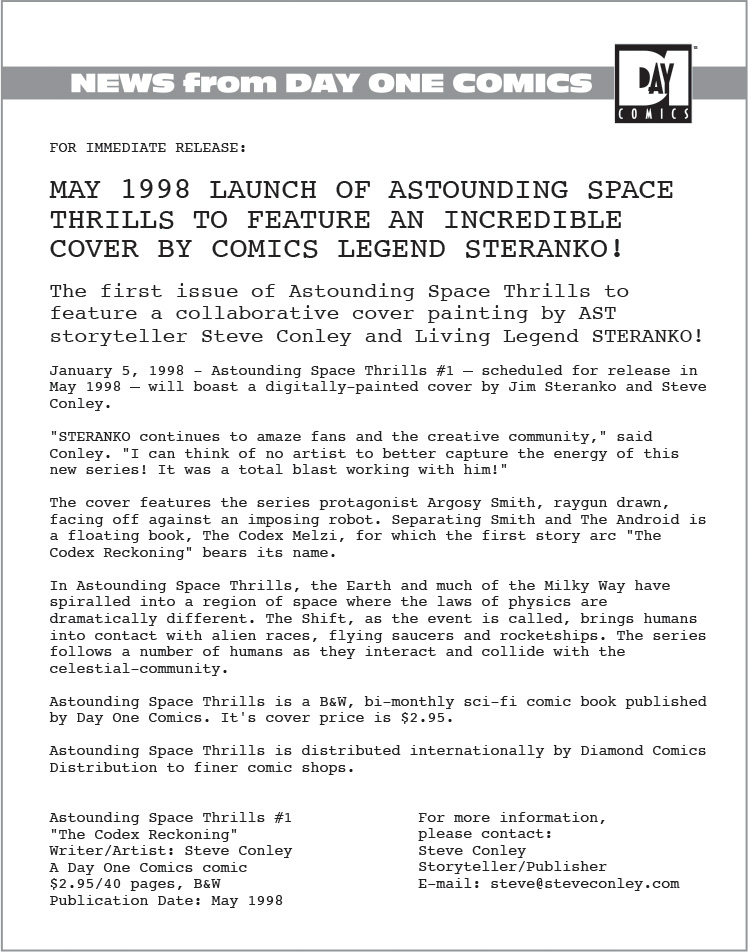 As I wrote then:

“STERANKO continues to amaze fans and the creative community,” said Conley. “I can think of no artist to better capture the energy of this new series! It was a total blast working with him!”

It’s still all true! Here’s a look at that cover. 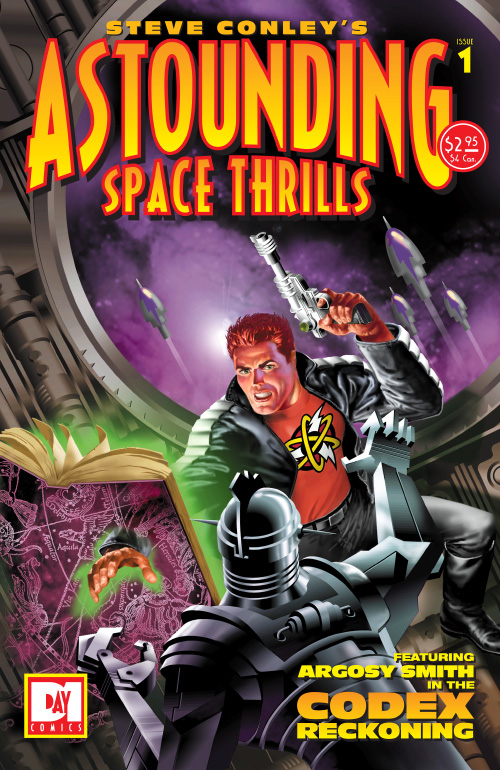 NCS nominates The Middle Age for best “Online Comic – Long Form”
I'm thrilled to find out that The Middle Age has been named a Reuben Award finalist by the National Cartoonists Society.
Kickstarter update!
The production of the The Middle Age Volume Two is going really well. I expect to receive a hardcover proof of the second book in the next week or so. I'll be sure to share an unboxing! :)