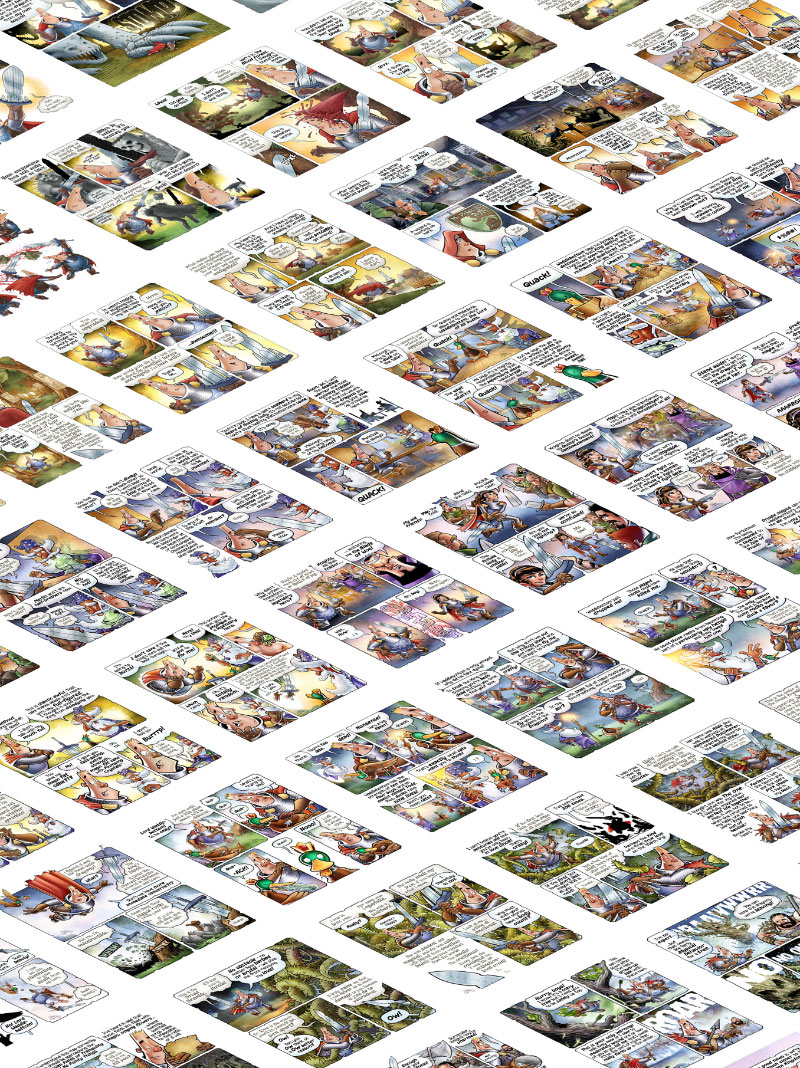 Today, The Middle Age turns two years old. So much has happened…

Not bad for a silly comic strip about an older knight, a sarcastic sword, and two baby dragons.

So what’s the plan for year three? 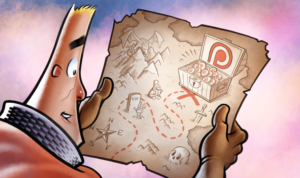 100 Supporters on Patreon!
This is my current obsession! If I can reach 100 supporters on Patreon, The Middle Age will double to two episodes per week. This is the next big step for the strip and if we can reach this goal, it will mean twice as much story, twice as many opportunities to find new readers, and much more frequent print collections! To that end… 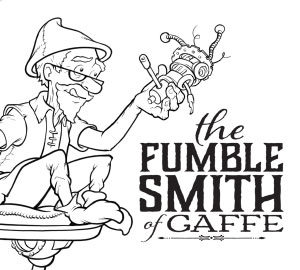 New stories set in the world of The Middle Age!
Starting today, to give readers even more reason to become Patreon supporters, I’m uploading exclusive-to-Patreon comic features – most of which will be set in the world of The Middle Age. These stories aren’t part of the main Sir Quimp storyline but will help flesh out the universe and give me a way to play in the world without slowing our hero down. The first one, “The Fumblesmith of Gaffe” starts today. Upcoming features will look at the cultures of dragons, the 12th War, the magic of sandwiches (nibblemancy), and Fadoodle and Fleak, Agents of the Department of Cosmological Chicanery and Metaphysical What-Have-You. 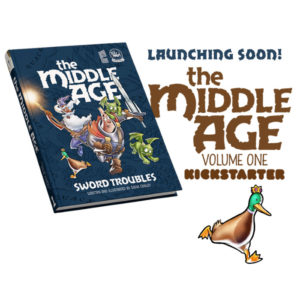 A hardcover collection of the first three chapters!
Next week, I’ll be launching a Kickstarter to collect the first three chapters in a single hardback volume! I’m super-excited for the new format because it will show the work at a much larger size than the individual, single-chapter softcover editions! And there will be t-shirts, a new enamel pin, and other cool loot. Stay tuned.

Thanks to everyone who liked, shared, retweeted, commented, backed, shopped and/or became patrons of The Middle Age during the first two years. I’ll keep working to make silly comics worthy of your kind support.

On July 18, 2016, The Middle Age launched and so much has happened since! Knights, cursed swords,…

NCS nominates The Middle Age for best “Online Comic – Long Form”
I'm thrilled to find out that The Middle Age has been named a Reuben Award finalist by the National Cartoonists Society.