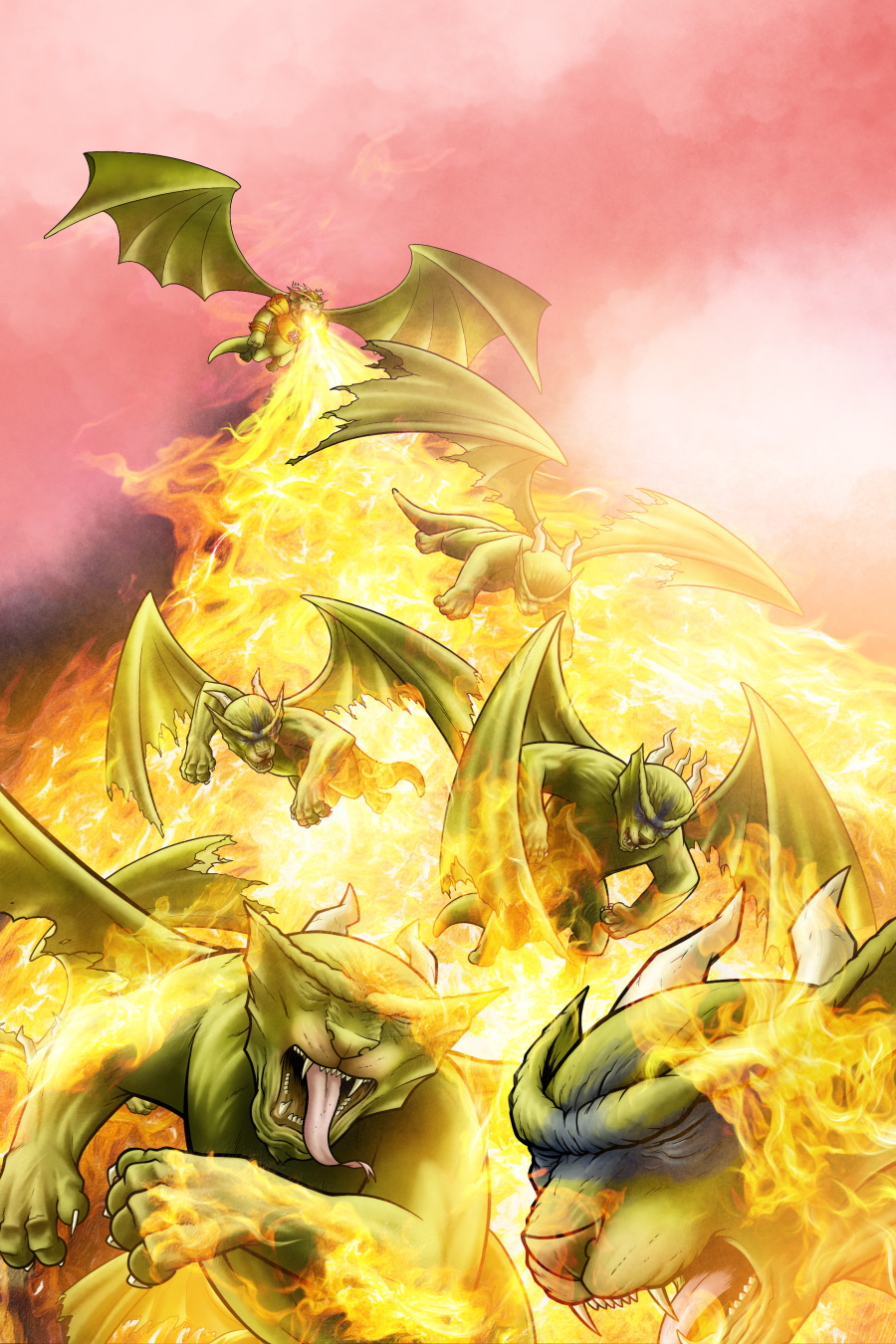 Following up on what I wrote in Webcomic Formatting: Can I future-proof my webcomics?, and again here, here’s a look at the various formats I created for the latest episode of The Middle Age.

To prepare for the reformatting of this week’s episode (number 116), I drew each dragon and the inset panel on their own layers. I’m drawing on an iPad Pro using the Procreate app. Lettering is added later in Photoshop. 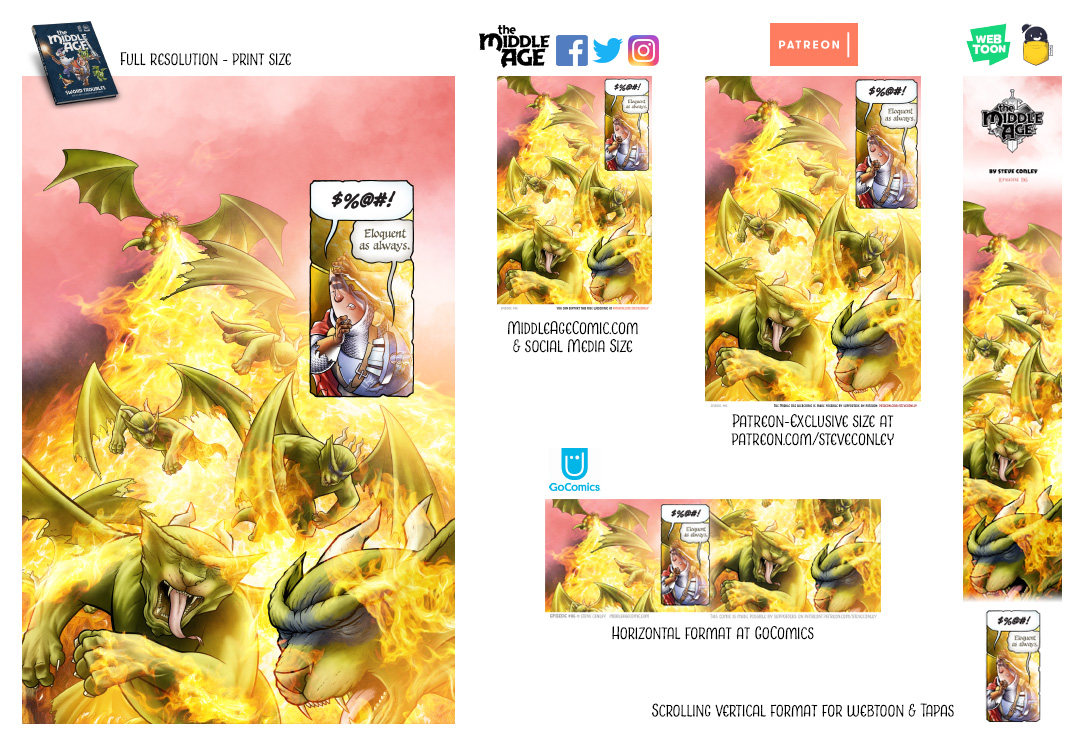 You can see the live versions of the various formats here:

On July 18, 2016, The Middle Age launched and so much has happened since! Knights, cursed swords,…

NCS nominates The Middle Age for best “Online Comic – Long Form”
I'm thrilled to find out that The Middle Age has been named a Reuben Award finalist by the National Cartoonists Society.