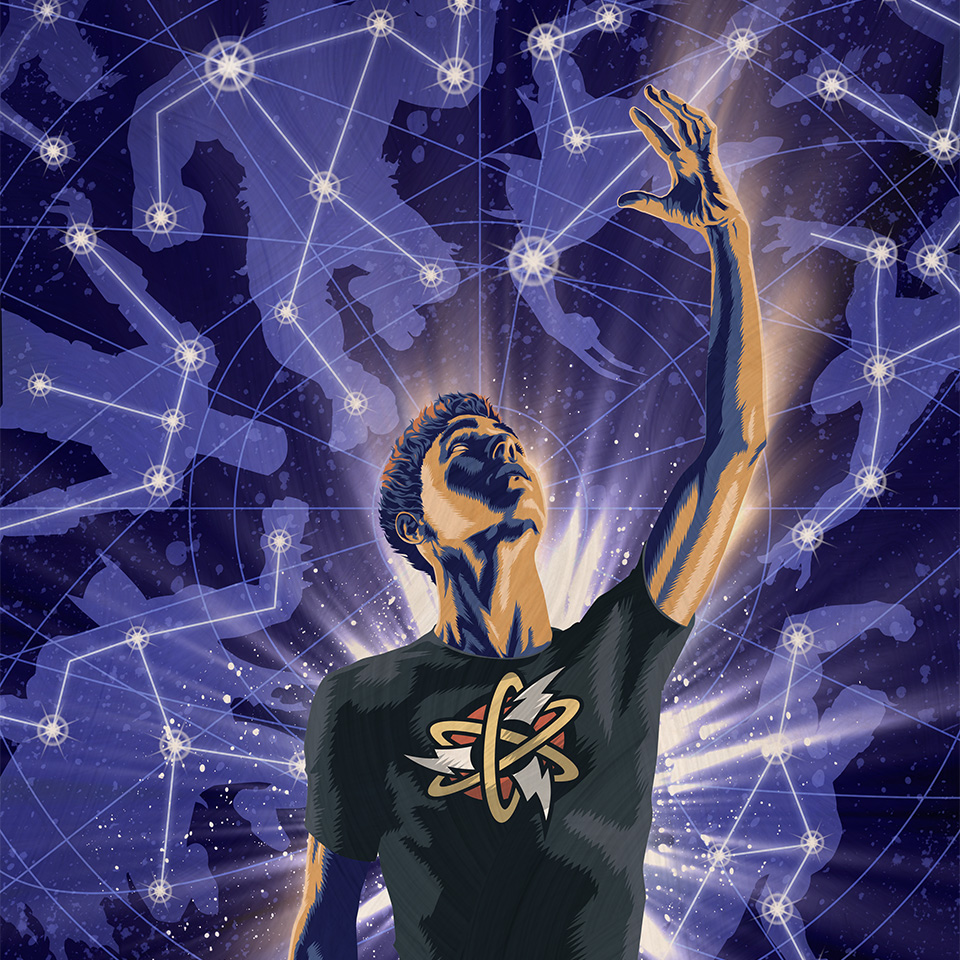 The Astounding Space Thrills comic strip originally appeared online in 1998 and is now being remastered at a much higher resolution (nearly double the resolution) than when it made its debut nearly 20 years ago.

Like all my comics back then, these strips were drawn in Macromedia Freehand and colored in Photoshop using a mouse. The strip ran until 2001 for around 500 episodes. The comics were often posted as 468-pixel-wide GIFs (designed to match the width of classic banner ads). For these remastered strips, I’m cracking open the old Freehand and Photoshop (and ImageReady!) files using an emulator on an old Mac laptop and re-lettering them at a higher resolution. The art may be a bit rough but I think the stories hold up. :)

I’ll be posting remastered episodes are posted Tuesdays and Thursdays. Thanks for visiting!