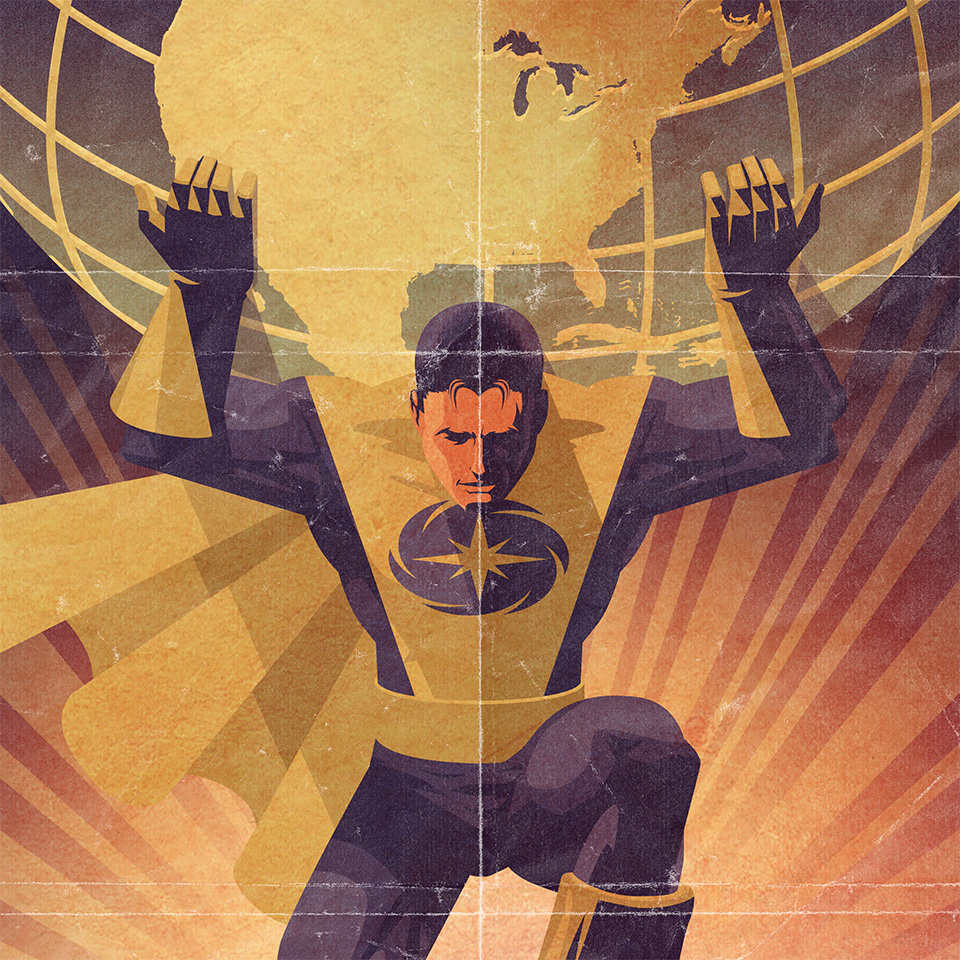 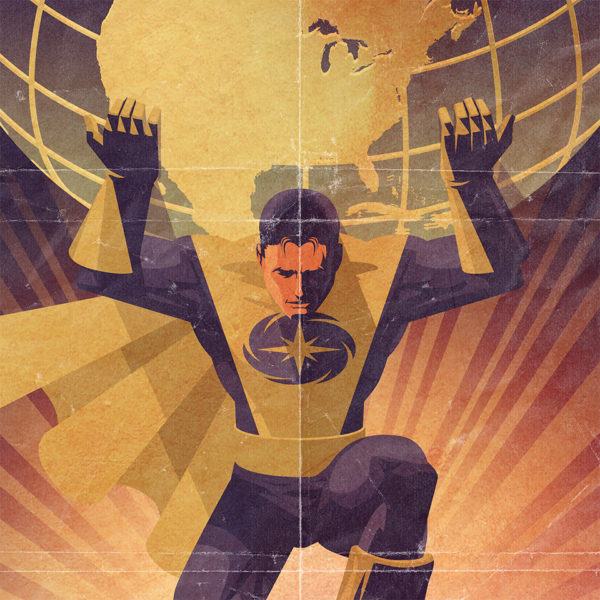 A super-space-hero from the past finds his 21st century – the one filled with flying cars, food capsules and a global utopia – has been replaced with ours and he’s trying to figure out what went wrong, why nobody remembers him and why the love of his life vanished.