Intoximancy is your guide to becoming a drunken master of the mystic arts! Plus new spells, items, and creatures! 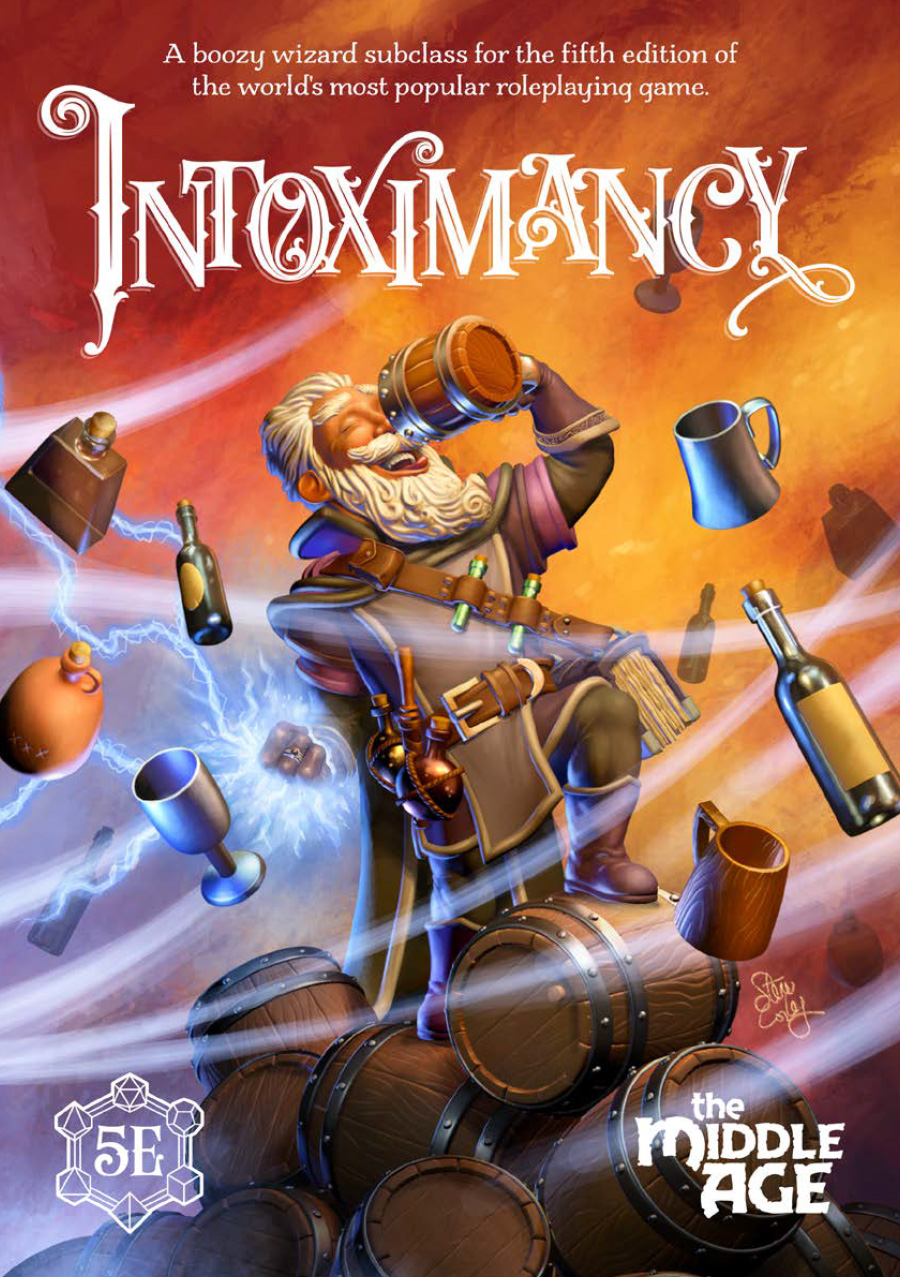 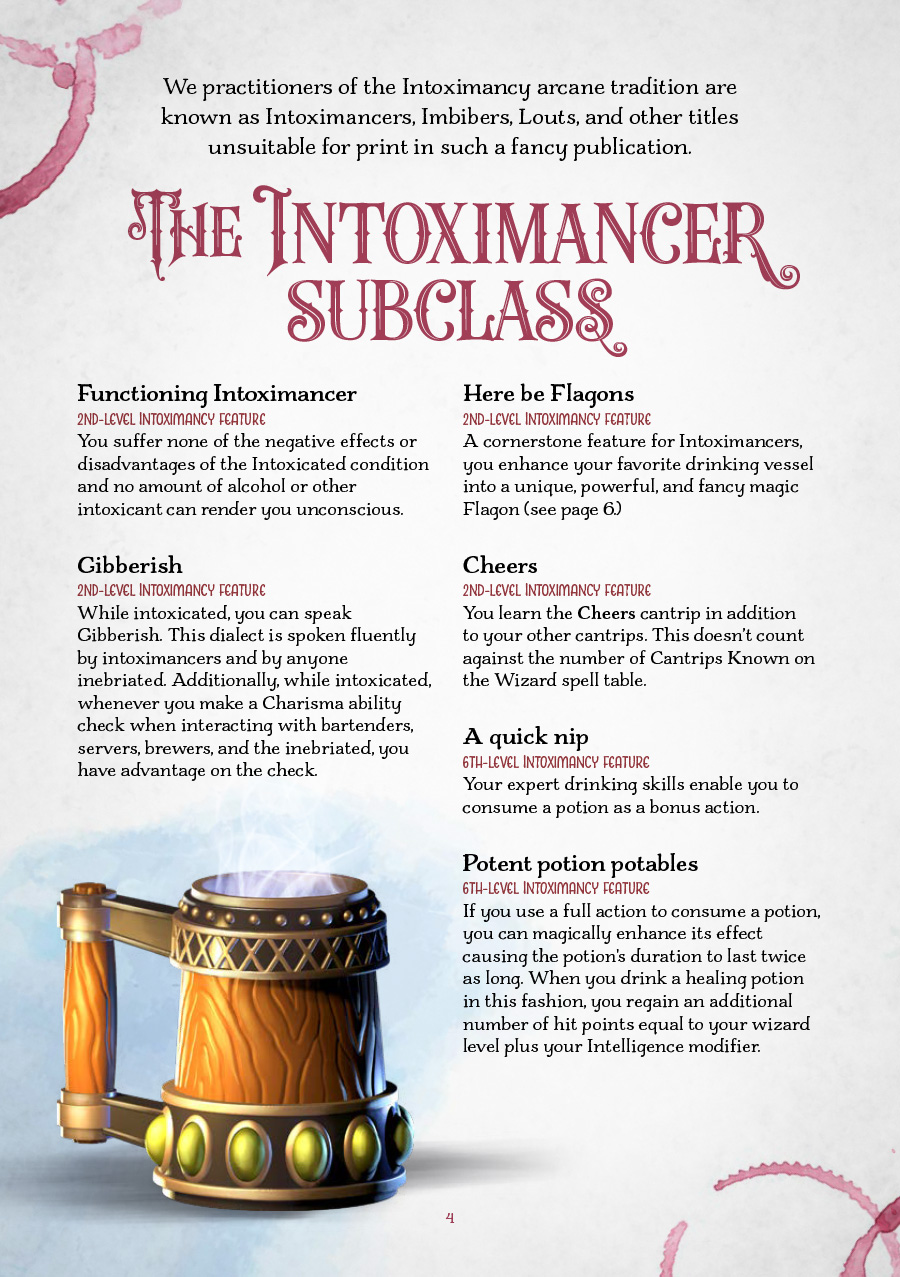 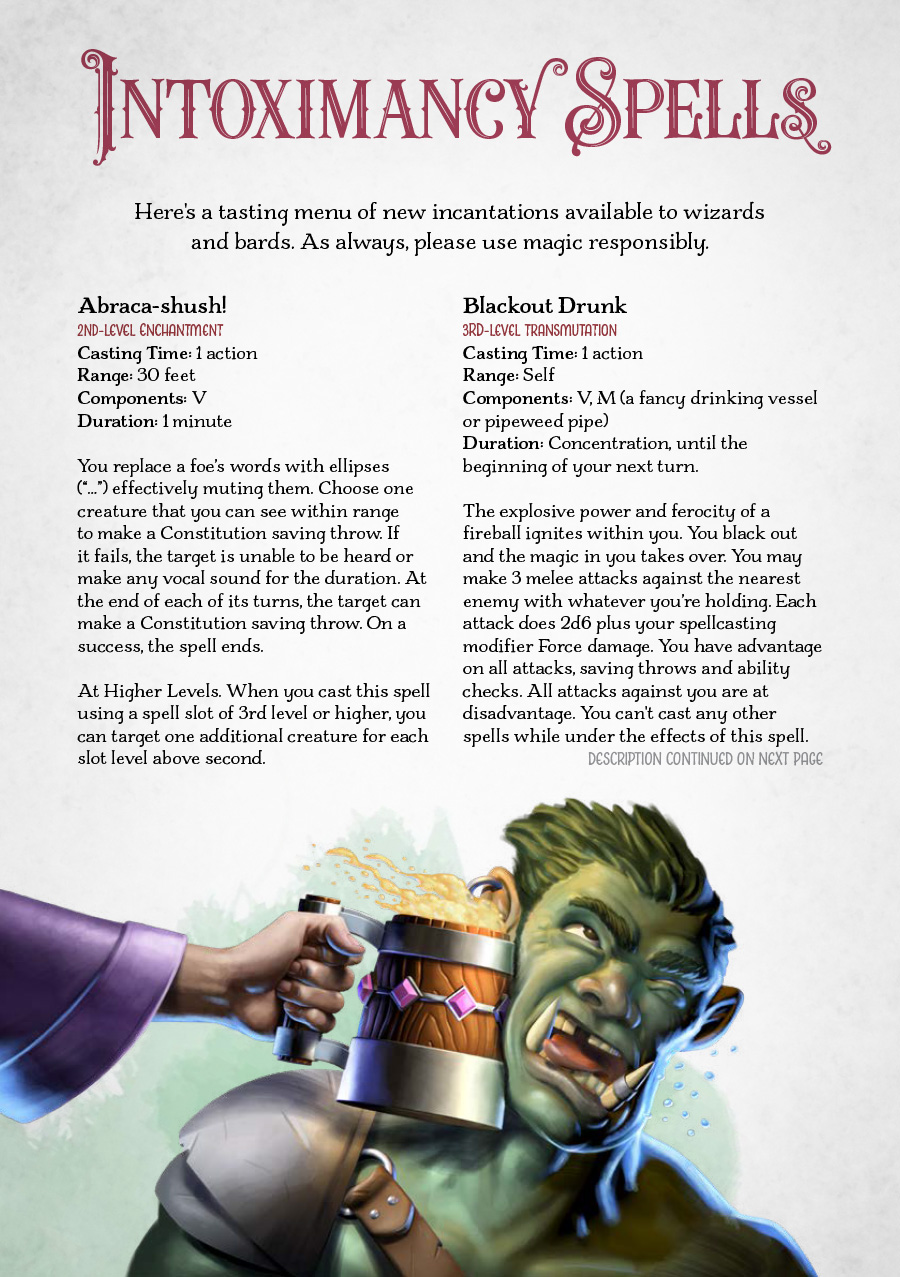 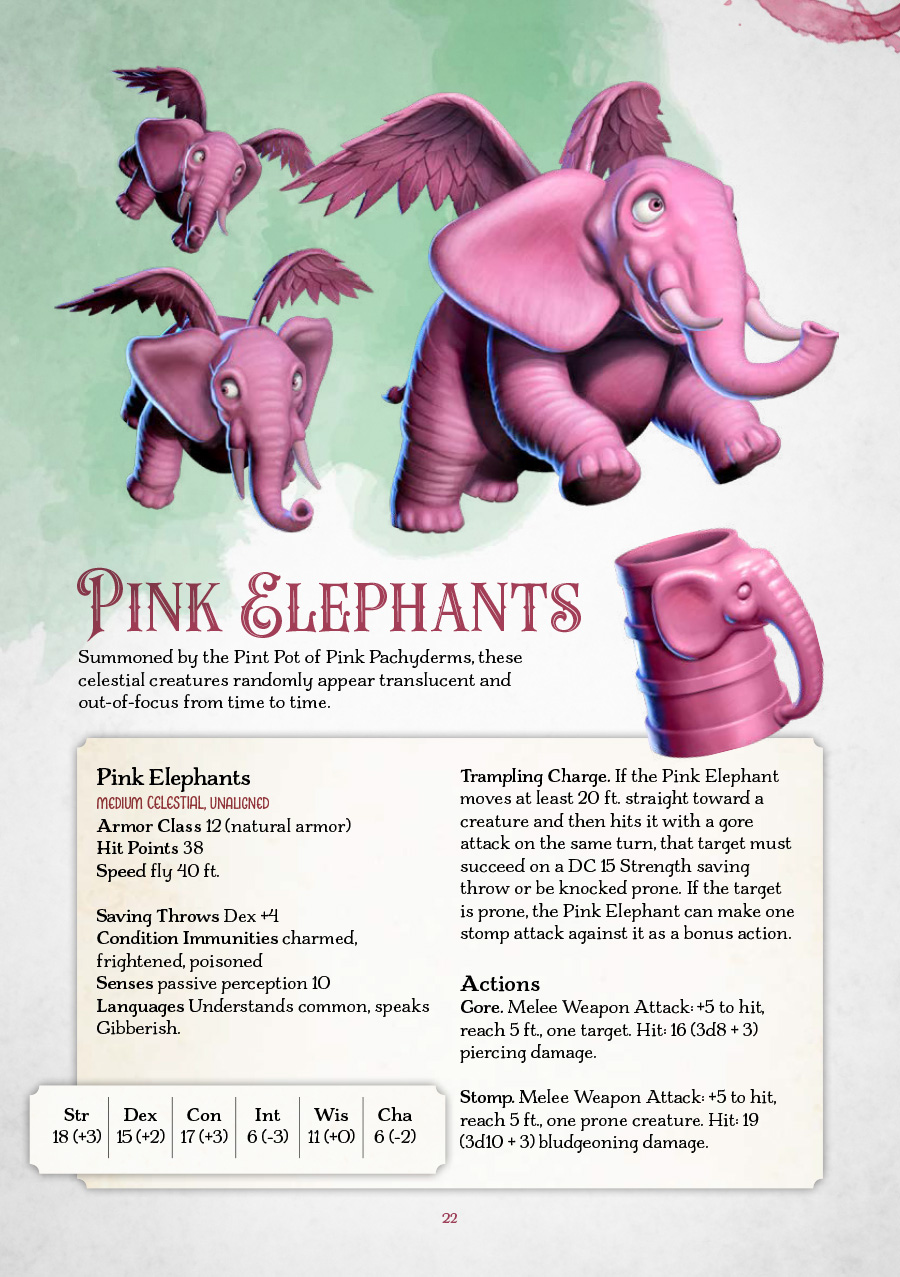 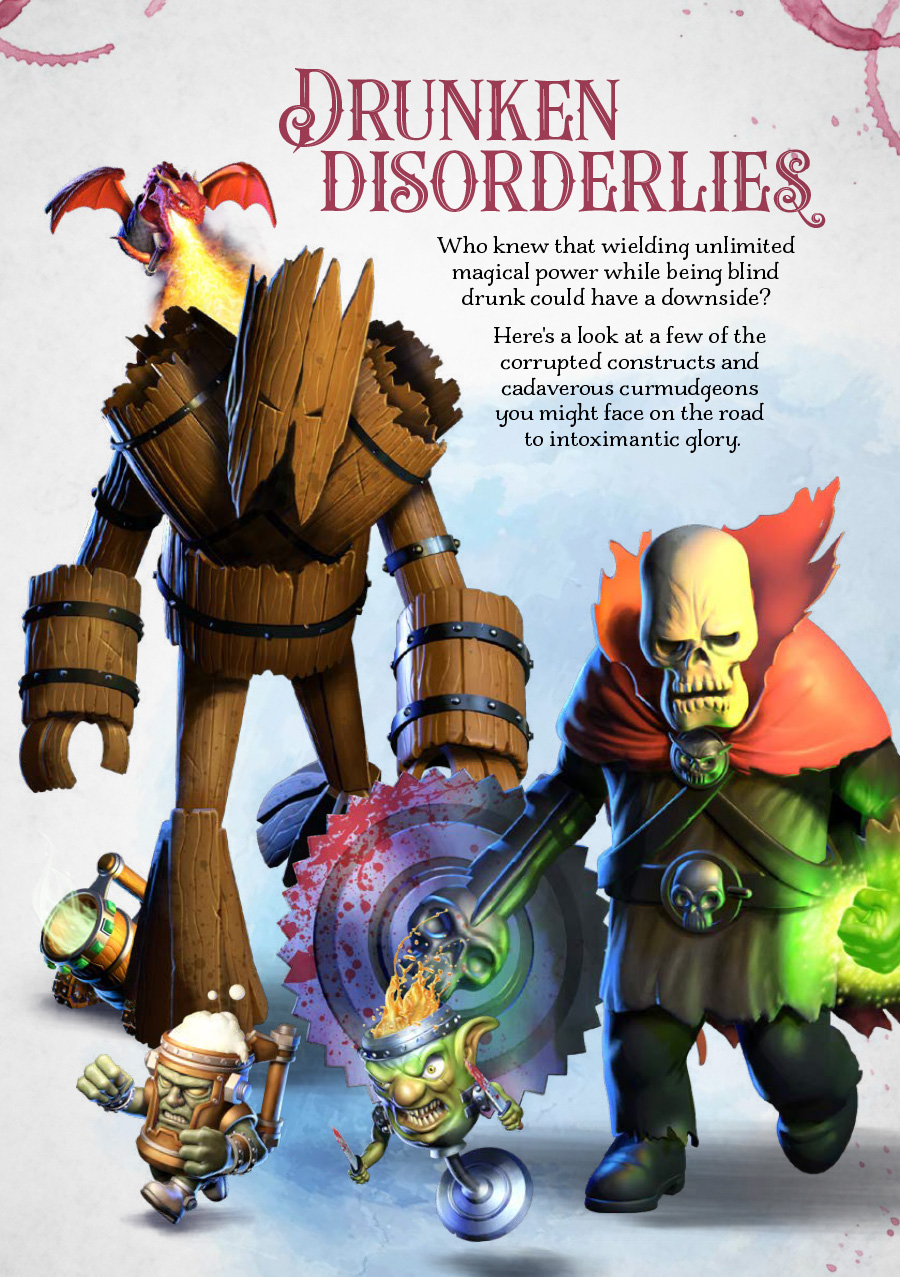 Intoximancy is a boozy wizard subclass for the Fifth Edition of the world’s most popular roleplaying game. The book is written and illustrated by Steve Conley and made possible by a successful Kickstarter campaign and Steve’s supporters on Patreon.

The PDF digital version of Intoximancy is also available from DriveThruRPG

“I love all of it! Can’t wait to show my group tonight!”

“I’m loving the book. I’m totally letting my players use this home-brew class. 100%!”

“I’m only on page three and already laughing my ass off!”

“Just got the zine and it’s exquisite! Cheers for making this!”

“The zine is absolutely awesome… rarely seen a 5e product of such a great quality.”