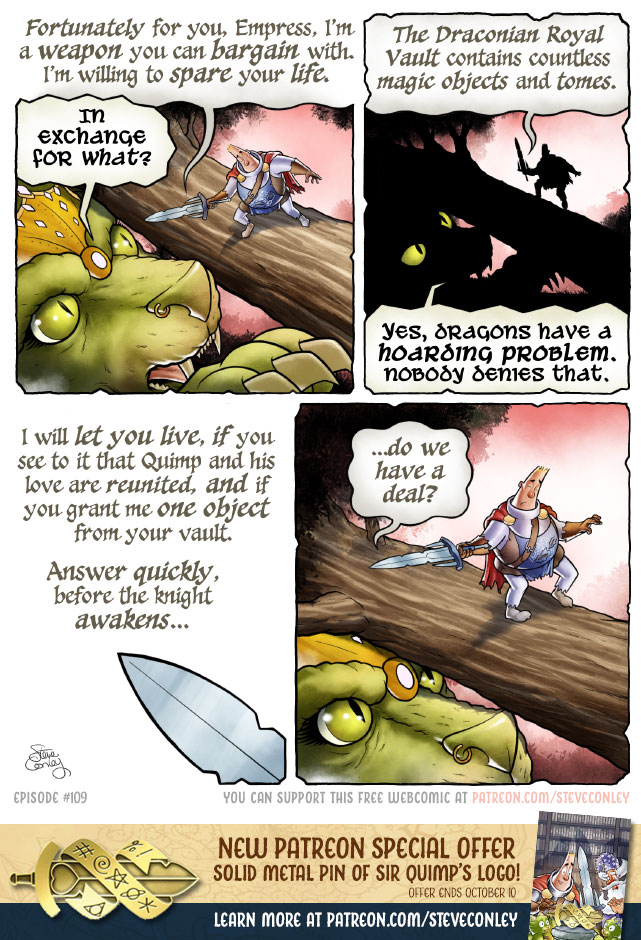 The Middle Age is made possible by supporters on Patreon

This is episode 109 of The Middle Age. You can read the story from the beginning here.

Patreon is testing a new feature allowing creators to add limited-time Special Offers to our reward tiers. These special rewards have expiration dates and get additionally promoted in the Patreon layout.

Patreon reached out me and a couple hundred other creators to try the system out. I was a little hesitant to have another crowfunding campaign on the heels of the Kickstarter, but I decided to take part for a few reasons – the main one being that it gave me a chance to send a thank you reward to all my existing patrons for their long support!

Every existing patron and every new Patreon supporter of $5 or more who signs up before October 10 at 10pm ET (10-10-10) will receive this reward.

The reward is a solid metal, die-struck pin of Sir Quimp’s logo and it will have an oversized backing card with every patron?s name incorporated into the background. Every name will appear on a book spine.

So, if you?re reading this and have been looking for one more reason to support me and The Middle Age, now?s the time!

And if you?ve been supporting me all along, thank you!!! <3 — Steve @theSteveConley 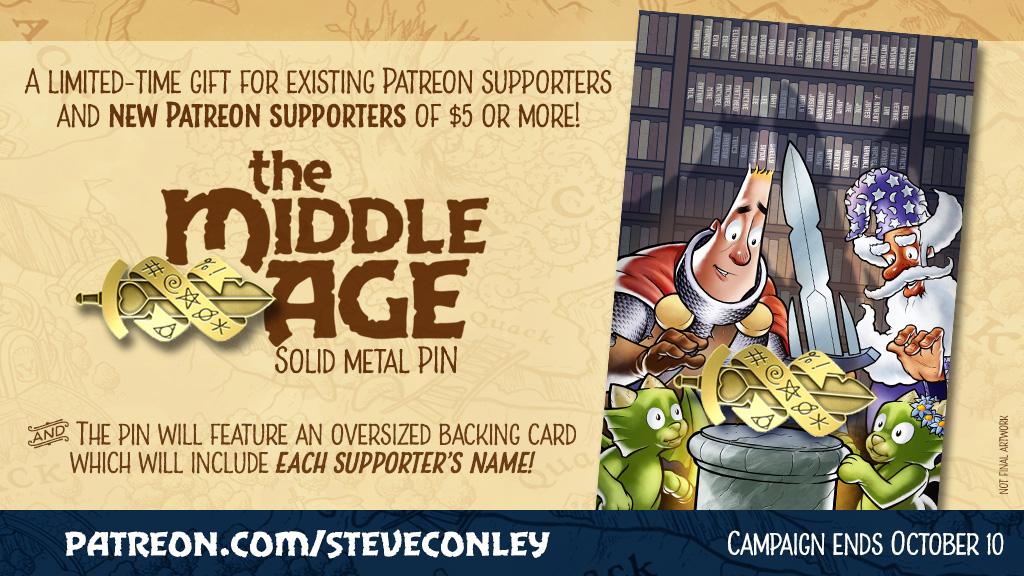