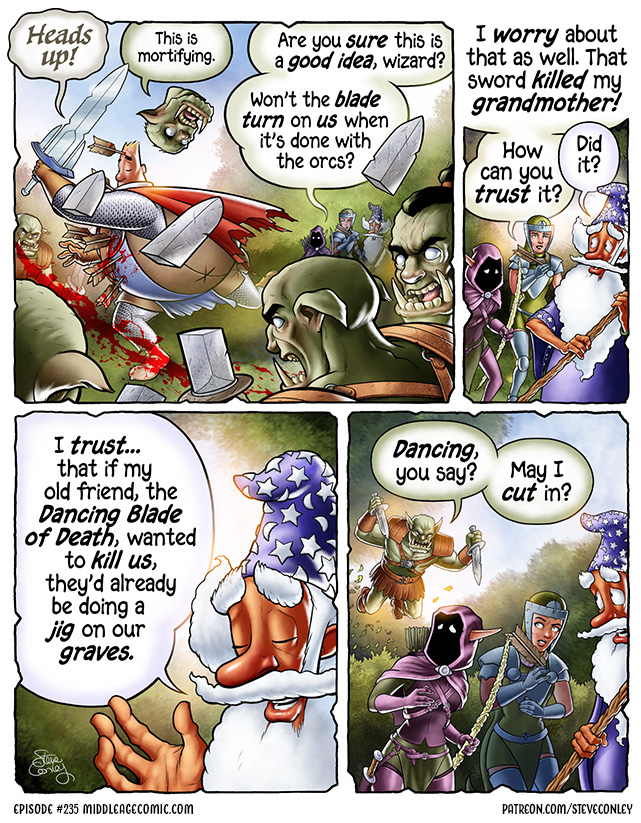 The Blade of Woe continues to rampage!

I don’t know why but I rarely think to have the word balloons pop out over the panel borders – as in panel one. I wouldn’t want to overdo it, but I like the effect.

I hope you had a lovely Thanksgiving! I baked my first pumpkin pie. And, not to brag, but it was not entirely unlike pumpkin pie. See, I didn’t brag.

And like this comic, I didn’t hesitate to start another one from scratch so the next one would be better (or at least, less worse).

I proceeded to eat both of them.

You know who I’m thankful for? My amazing supporters on Patreon: https://patreon.com/steveconley!

I hope you’re all safe and well!