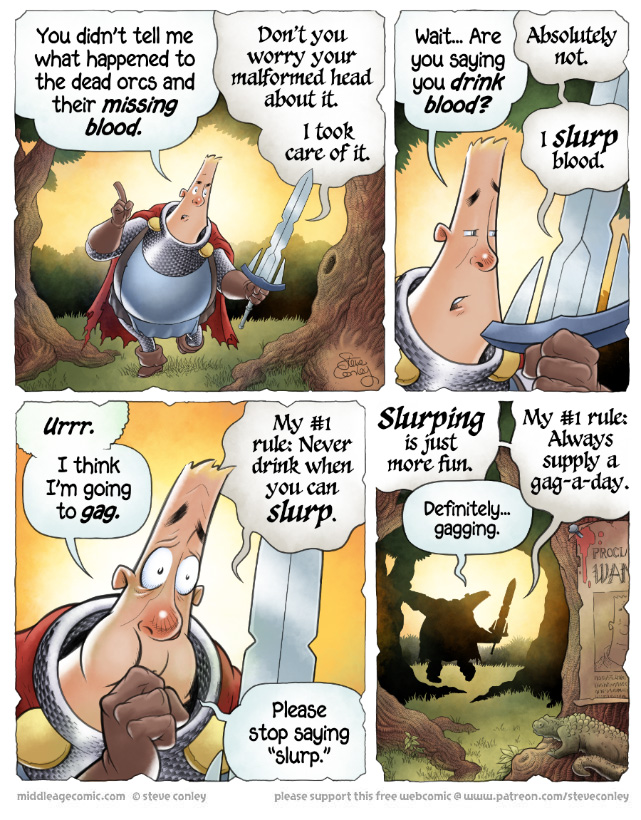 Episode 19: “Don’t you worry your malformed head about it.”

It’s fun to have some of the introductions out of the way and hint more at where the story is going.

The idea that the cursed sword Maledicta drinks blood came up when I was thinking about newspaper syndication. I wanted to have a way for Sir Quimp to cut through his enemies without there being any blood to upset squeamish newspaper editors and readers. It seems to me that – as newspapers go – vampirism is preferable to any signs of actual blood.

(In the first version of this post, I called Quimp’s sword ‘Calamitus’ which was the working name for the sword before I settled on Maledicta. Whoops. Thanks to Neil for catching that. :) — Steve)

Thanks again to my kind Patreon supporters for your patronage!