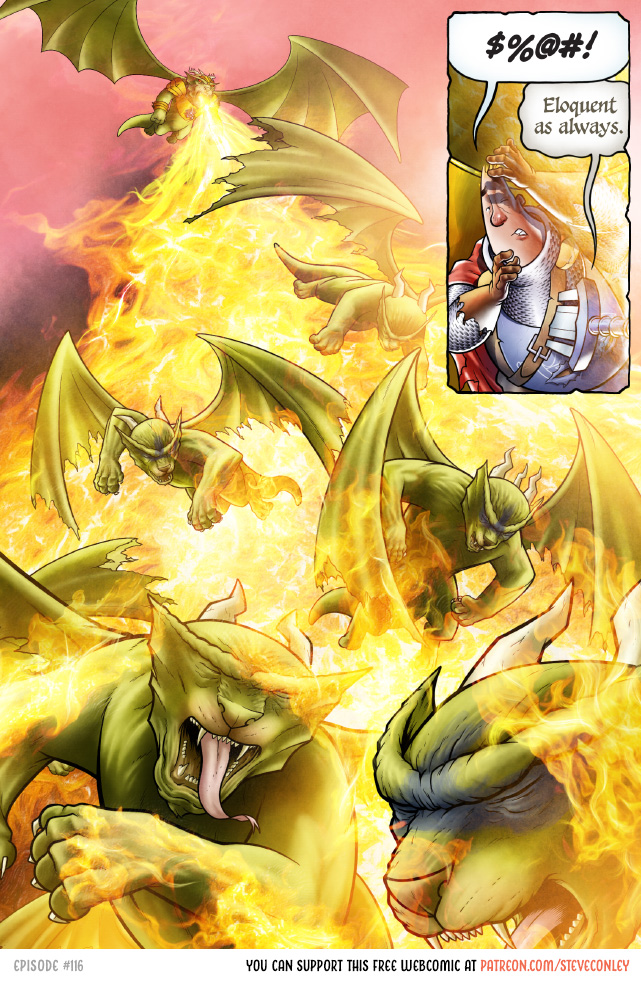 This episode is a bit larger than usual and I spent twice as much time coloring it. It’s a grim scene, but I hope you like how it turned out.

Storywise: This scene almost occurred off-panel but it didn’t feel satisfying. I wanted to show just what the Empress can do and what she’s willing to do. And we’ve been building up to the clash of dragons for weeks and it needed a big, big page.

Shop talk: the drawing software I use, Procreate, released a new version this week. As I’ve mentioned in the past, it’s like going into your kitchen and everything’s been moved a little. It’s disorienting but usually for the best. The new version of Procreate has a TON of improvements, but I needed to fiddle with the settings and my approach all week. I’m still getting there. :) The good news is that I think I’ve finalized my brush – the one I use for all my linework. If there’s interest, I’ll share it here on Patreon.

More shop talk: Each dragon was drawn and colored on their own layer so I can move each around when reformatting this episode for mobile display. It’s too much work. :)

Thank you all again for your kind support!

We’re now at 94 Patrons! So close to two episodes per week! Patreon!