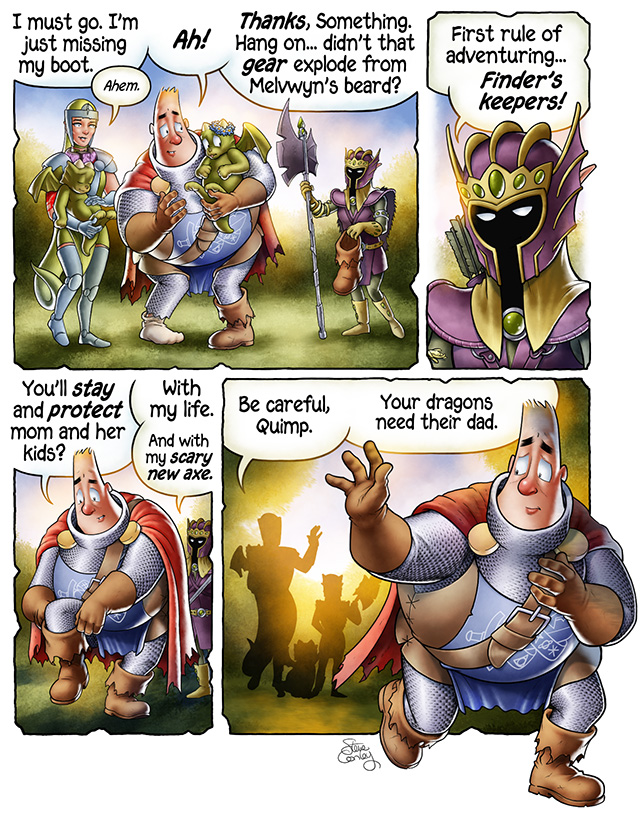 We couldn’t leave this sequence without Quimp finally getting his odoriferous footwear back and while I’m at it – why not complicate Something’s entire look?

Extra thanks to new Patreon supporters Rob and Richard and new annual support from Randy!

The next episode will appear on Sunday – the fifth anniversary of The Middle Age!