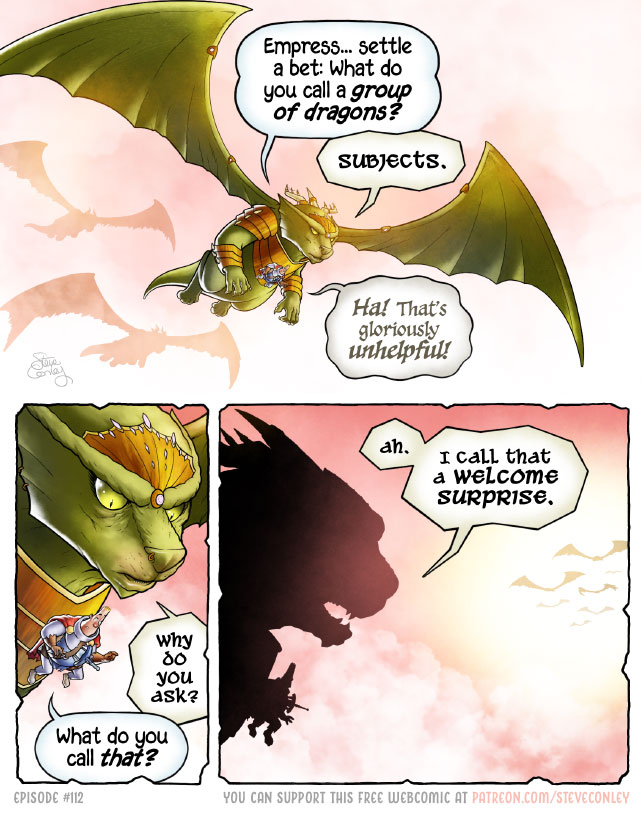 This week’s episode sets the stage for a big upcoming sequence and it’s also a call-back to episode “Like a murder of crows but with more murdering…” but, of course, gloriously unhelpful with the answer. :)

We’re now at a record 88 supporters and we’re just 12 patrons short of having two episodes per week!

Thanks again for your kindness and support! It means the world to me!