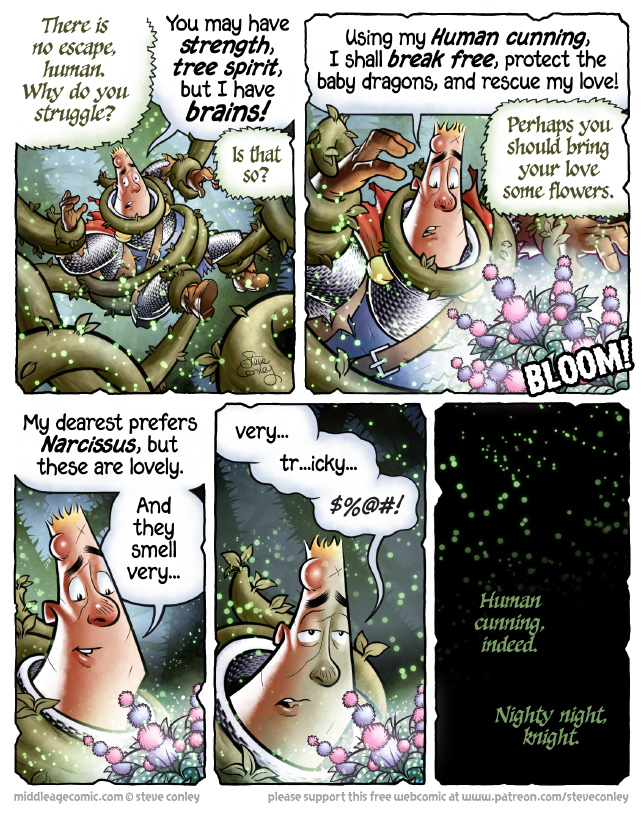 Last week’s conclusion to the Kickstarter campaign came down to the wire for the last stretch goal but we did it! :) I’m currently collecting surveys from backers to see which character will be selected for the bonus fourth pin. With 38 of 57 responses in, the winner is anyone’s guess. :) Frankly, I’m surprised Bob is doing so well given he has only appeared in two episodes. Seems like he deserves a spinoff series. :)

Thanks again for reading and sharing The Middle Age with your friends!