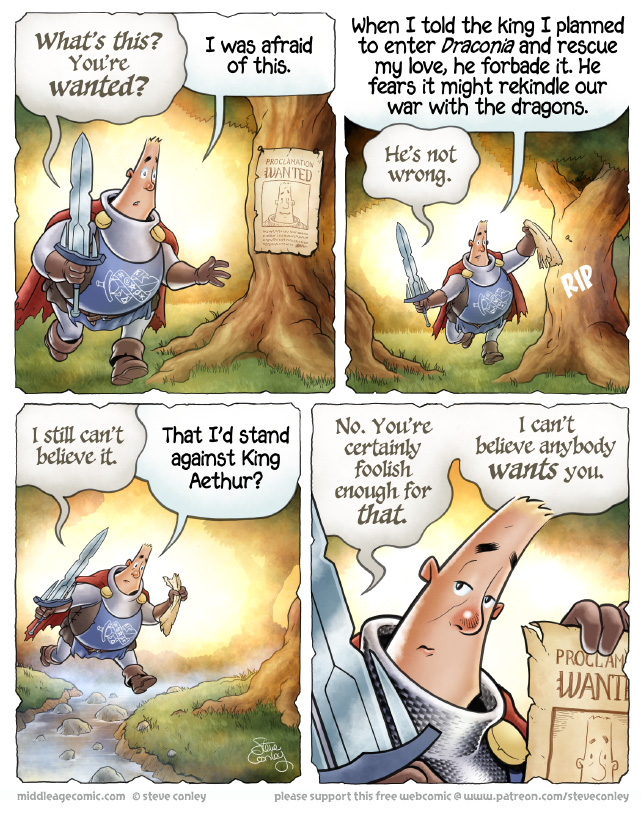 Charitably, my art could be described as evolving but it’s more like a game of telephone as changes are incrementally taking place without the benefit of natural selection to keep things going in the right direction.

The first dozen episodes had a much more muted color palette and now everything is glowing. You might think – and I might scramble to justify – that as Quimp leaves The Blood Forest, the world is getting brighter. The real reason: it just happened and I don’t hate it.

I’ve been binge watching The Magicians on Netflix (and when I say watching I mean it plays in the background while I draw) and I spent at least one episode just painting blades of grass and water ripples. Some part of me thinks that this registers with readers. Maybe not but it keeps me from going crazy.

This is the 24th episode of The Middle Age and I expect by episode 48, I’ll be a bit closer to figuring out what I’m doing.

Thanks again to supporters on Patreon! Your support helps keep me going!