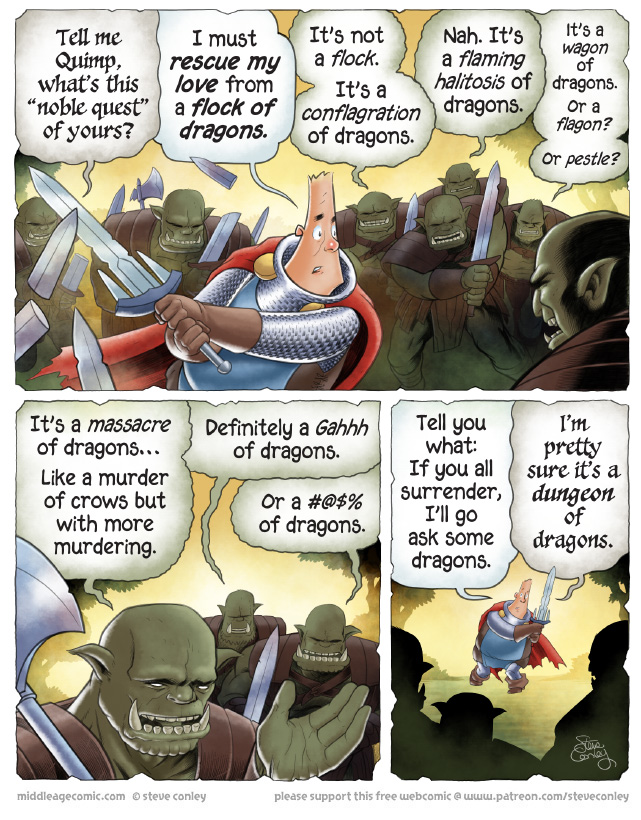 Episode 13: “Like a murder of crows but with more murdering…”

I’m sorry for the delay on this week’s episode. I live on the east coast of Florida and last week, Hurricane Matthew seemed determined to not let me get any work done.

We had to evacuate and I spent the early part of the week storm-prepping and Thursday through Sunday in a pet-friendly-ish motel about 70 mines west to the west. Fortunately my home wasn’t damaged despite a lot of wreckage all around. We didn’t get power back until Monday-night/Tuesday-morning and I’ve been spending the week setting everything back up and catching up on work. (I say pet-friendly-ish motel because one of my cats picked up fleas while we were there and then had a nasty allergic reaction to the bite – poor guy had to go to the vet and get a steroid shot on top of it all to reduce the itching and inflammation. Thankfully, he’s much better and able to pose for more dragon drawings.)

I had hoped to get some more drawing done while I was stuck in that motel but it just wasn’t possible. There were so many displaced Foridians – it was like an episode of Cops minus the law enforcement.