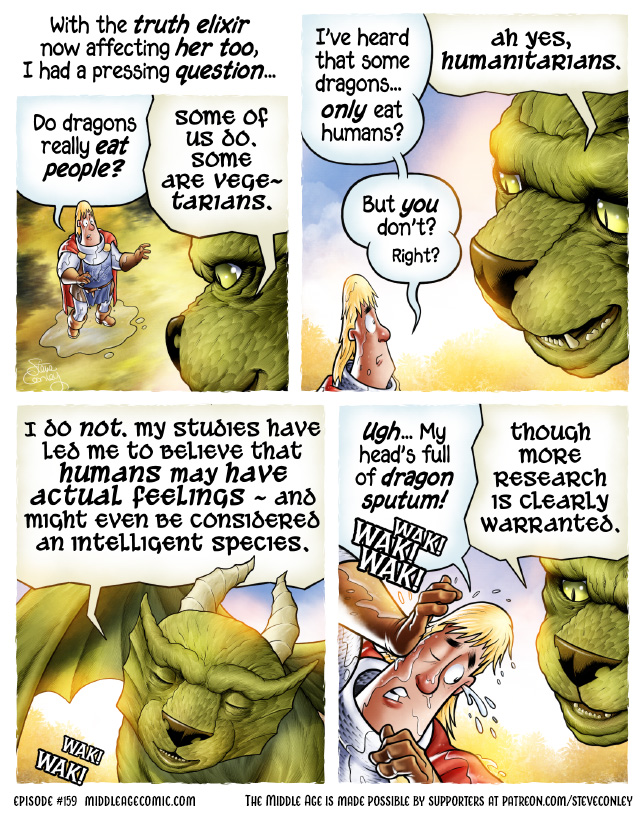 While I do my best to avoid ‘talking head’ episodes, I can make an exception when one talking head is a dragon and the other talking head is being pummeled by the owner. Anyway, it’s all just an excuse to use the word sputum.

I don’t want to count my vertebrae before they’ve hatched but my back is feeling a lot better. Thanks for the well-wishes!