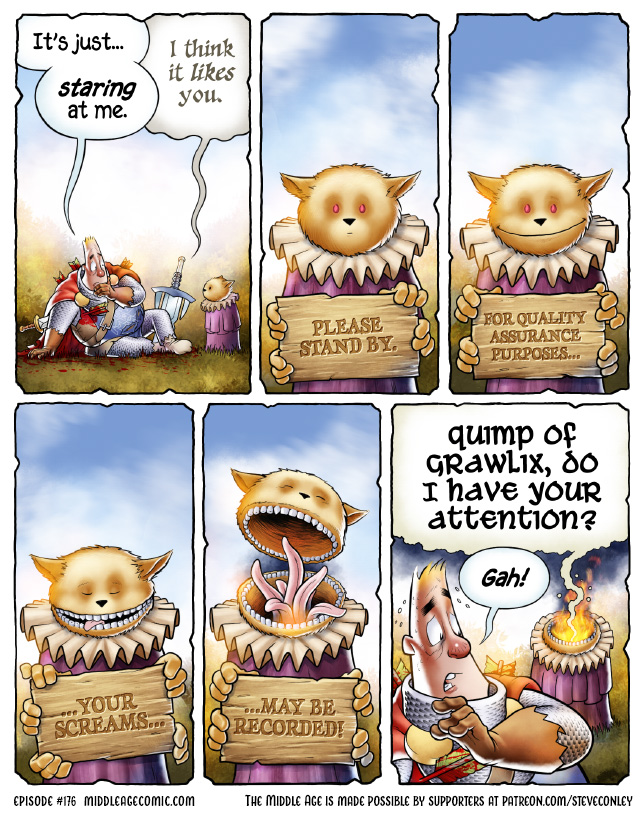 A few readers have asked about Bob’s first appearance. It was back in episode 23 in December of 2016. Follow this link for a gallery of all eleven times Bob has appeared in the story, so far.

I can tell you that he’s appeared in – I think – eleven episodes in total. I may have lost count. :)