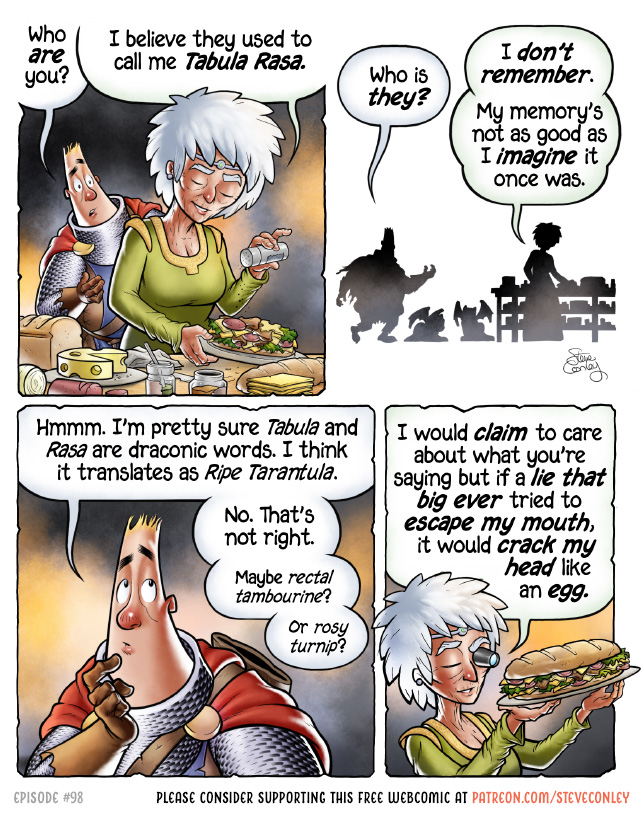 Tomorrow marks the two-year anniversary of The Middle Age and we’ll be kicking it off with some fun things!

First off, I will debut the first exclusive short story for my Patreon supporters. Patreon supporters have made The Middle Age possible for two years and as a new way of thanking them, I’ll be adding bonus stories set in the world of The Middle Age. The story, The Fumblesmith of Gaffe, starts tomorrow and will be available to all patrons at any support level.

I’ll also be launching a Kickstarter for the first hardcover collection of The Middle Age – collecting the first three chapters! I’m working on the Kickstarter campaign page now. I’m really excited to offer the story to readers in a larger, hardcover format! And there will be other goodies as well! Follow me on Patreon, social media, or on my mailing list for news when the Kickstarter will launch and snap up some of the early-bird pricing!

Thanks for reading and sharing!