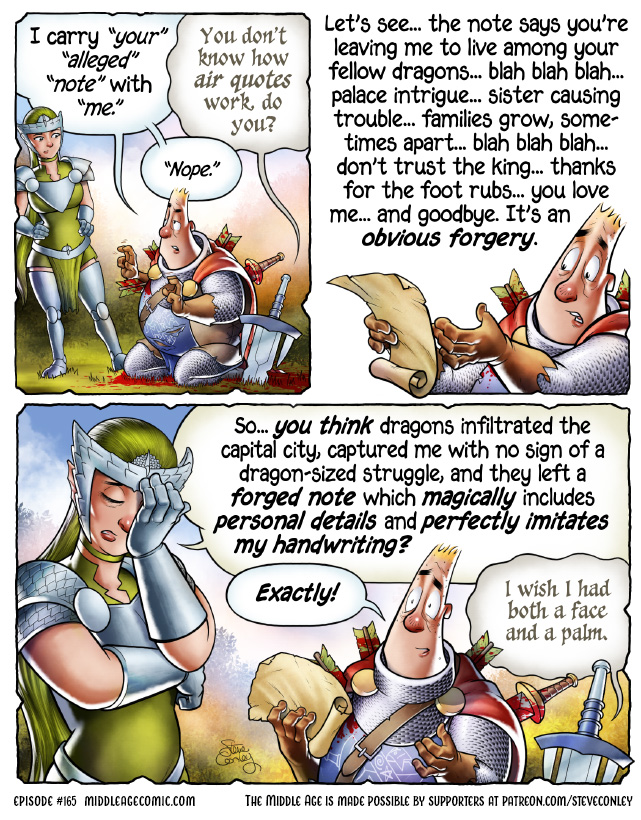 Extra thanks to new Patreon supporter Rachel! As always, big thanks to my kind supporters on Patreon for making this comic strip possible!

I’m really happy with the acting in this episode – including our hero’s ridiculous air quotes. :)

Question time: At least two readers asked about episode 163 where Phosphene refers to herself as “fire-breathing” and they rightly point out that she breathes lightning back in episode 121. And while those readers are correct, Phosphene also hits her sister with fire to get her attention two episodes earlier in 119 (and you see residual flames in episode 120). I haven’t explained how or why Phosphene breathed lightning when the other dragons we’ve seen so far haven’t. No spoilers but it wasn’t just because I was tired of drawing flames and wanted to mix things up.