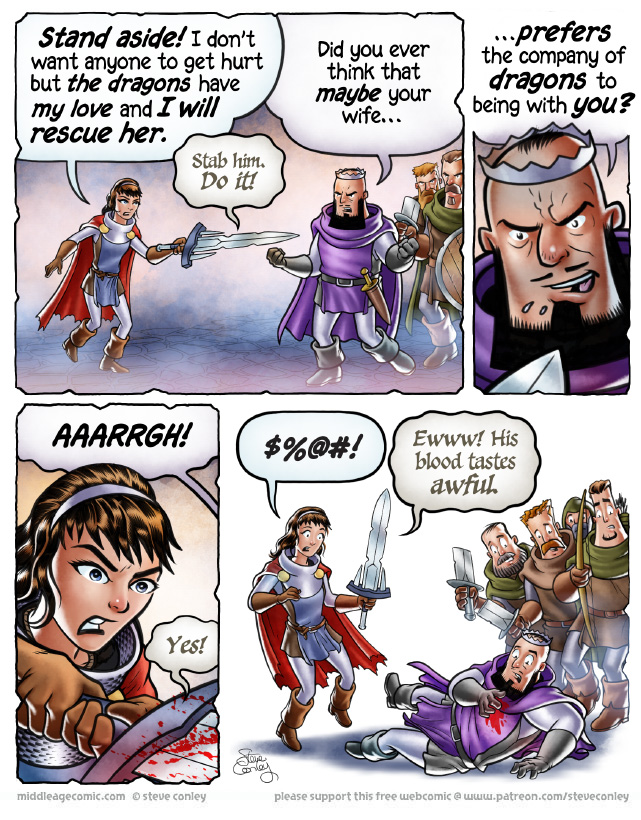 Maledicta is clearly not a good influence on our hero. I know this strikes a slightly darker note for Sir Quimp but you don’t want to mock our hero’s love while he’s pointing a magic sword at you.

As I posted last week, I was thrilled to find out that The Middle Age has been nominated in the Ringo Awards for ‘Best Webcomic.’ I was doubly thrilled to find out I was nominated personally in the ‘Best Cartoonist’ category. The Ringo Awards are a new award named after the late Mike Wieringo. Mike was a fantastic cartoonist and a very kind supporter of the work I was doing which eventually became The Middle Age. It’s a tremendous honor.