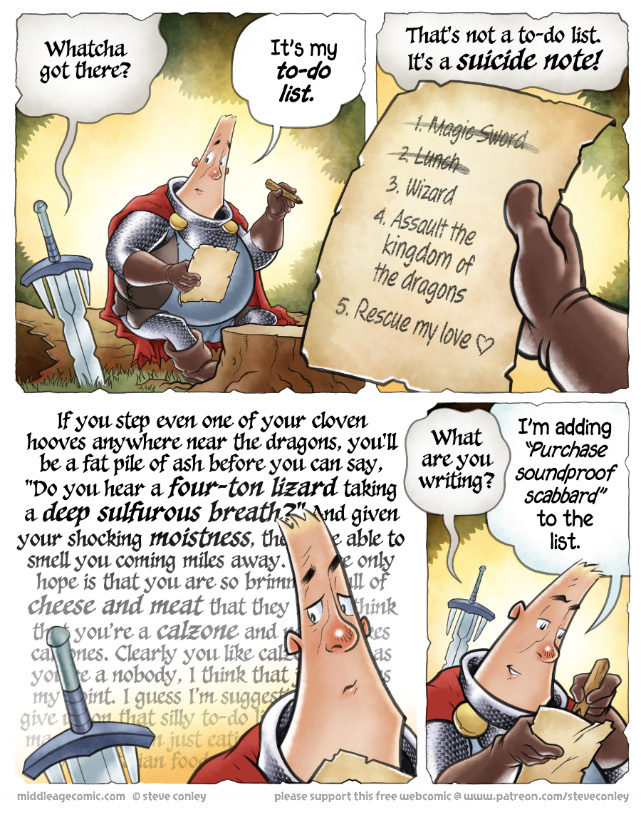 Although Sir Quimp has made reference to his quest, we now see it spelled out. And we see that Maledicta is already making him change it – for good or ill.

Originally, I had Maledicta’s word balloon in the 4th panel just floating from behind Quimp but felt I needed to show the sword. Now I think it may be sticking up too high. Don’t be surprised to see this strip updated later this week.

I’m close to finalizing Sir Quimp’s revised logo. He had a logo on his tabard for the first few episodes but it was too square – his wide belly needed a more horizontal design – and anything too tall would get covered by the chain mail. I think I’m close. :)

See you next week!