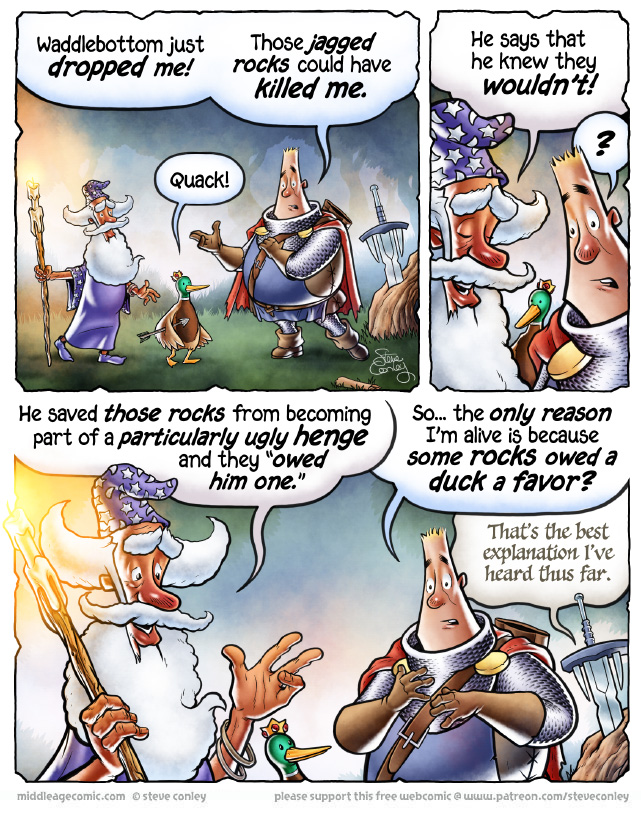 I’m still recovering from the past weekend’s Baltimore Comic-Con! I had a fantastic time in Baltimore. I got to see so many of you! Thanks for coming out!

The Middle Age was a big hit at the show! I brought what I thought would be WAY too many copies of the first book and I nearly sold out! I’ve been creating comics for two decades and I’ve never had such a positive reaction. Clearly, I’m finally doing something right.

I didn’t win either of the Ringo Awards I was nominated for but I had some pretty stiff competition and I’m a big fan of the winners! The bad news is I didn’t win, the good news is that I don’t have to update any of my signage or covers of my book. :)

Thank you again for reading and sharing!