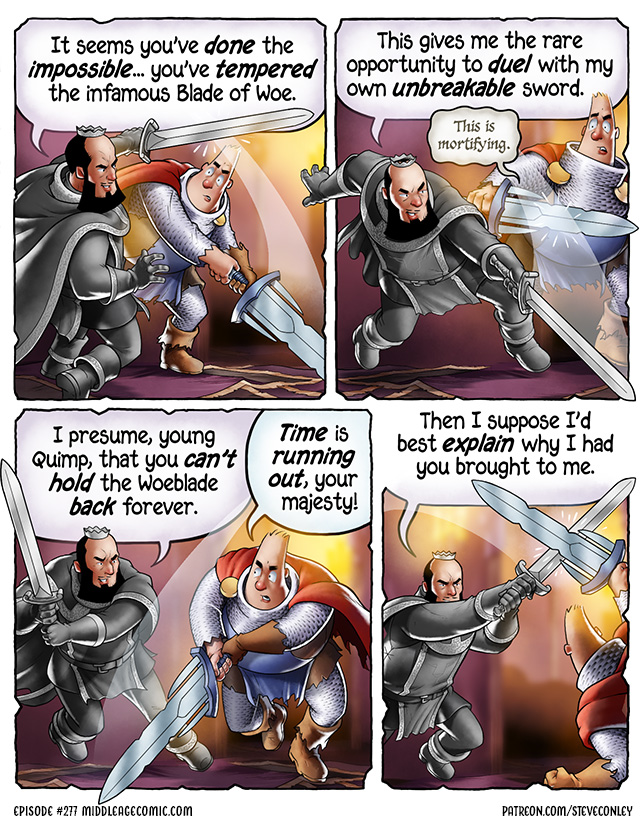 It’s been a while since my last update. I really appreciate your patience!

While I have been busy with some freelance work, the real delay was due to the fact that I’ve been taking some time to review everything which needs to happen as this chapter of The Middle Age wraps up. I reread the story from the beginning a few times. I’ve reviewed all the clues I’ve placed and all the threads I’ve left dangling in an attempt to make sure these next 50-or-so pages come together as intended. There were a few small things which I hadn’t quite worked out which I’m happy to say seem to have fallen right into place. I’m very excited!

Thanks again to those who were able to join me while I worked on this episode during live streams on Twitch and Youtube (Yes, I’m back to streaming LIVE on both platforms Tuesdays and Thursdays 4pm-8pm ET.)

And extra thanks to Patreon supporters Brandy, Daniel, and Lyrea who renewed their annual memberships! Your support means he world to me!