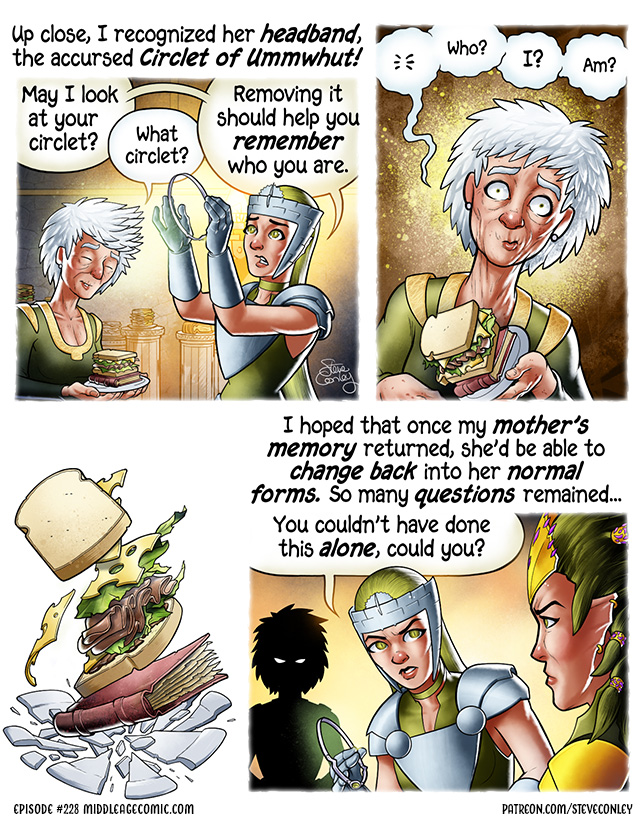 I’m so excited to be back and drawing sandwiches!

Yesterday, I received some wonderful news: The Middle Age has received a nomination for Best Comic Strip in the 2020 Ringo Awards alongside some amazing comics like Nancy and Sarah’s Scribbles. This is the second honor my silly webcomic has received this year having been nominated for Best Online Comic – Long Form by the National Cartoonists Society – their awards (named the Reubens after legendary cartoonist Rube Goldberg) were postponed back in June and we’ll find out the winners at a virtual event September 12.

The Waddlebottom vs. The Hecklord short comic story will be available to all my Patreon supporters this weekend so it’s a great time to sign up if you haven’t! :)

Thinking of you and hoping you’re safe and well!