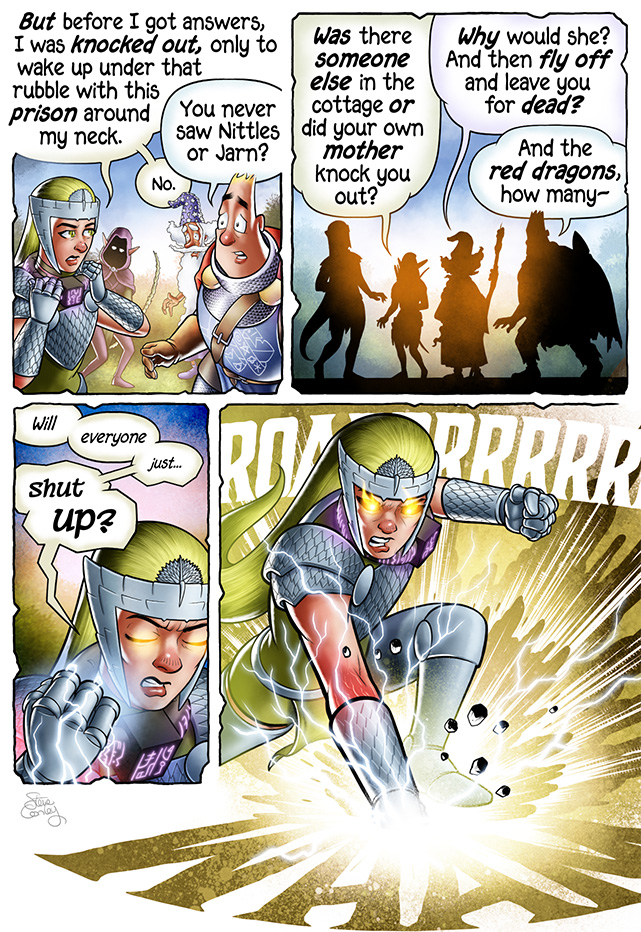 Lady Phosphene seems upset in this episode. This is another page I’d drew repeatedly. :)

The Reuben Awards ceremony was held Saturday and, while The Middle Age didn’t win, it genuinely is an honor to be nominated! The Reubens are nominated and voted on by members of the National Cartoonists Society so it’s a thrill to have The Middle Age recognized by fellow cartoonists.

One odd aspect of this year’s virtual/video ceremony was that – because the event was produced in advance – the acceptance speeches had to be pre-recorded. This meant, as to not spoil the surprise, every nominee was asked to record an acceptance speech and only the winners’ videos were used.

So… there’s a video out there of me accepting an award I didn’t win. But it’s not so bad. I never expect to win these things, so it’s mostly me congratulating my fellow nominees. :)

And speaking of thanks, big thanks to new Patreon supporters Zack, Patty, Steven, Randy, and An! <3

Wherever you are, I hope you’re safe and well!