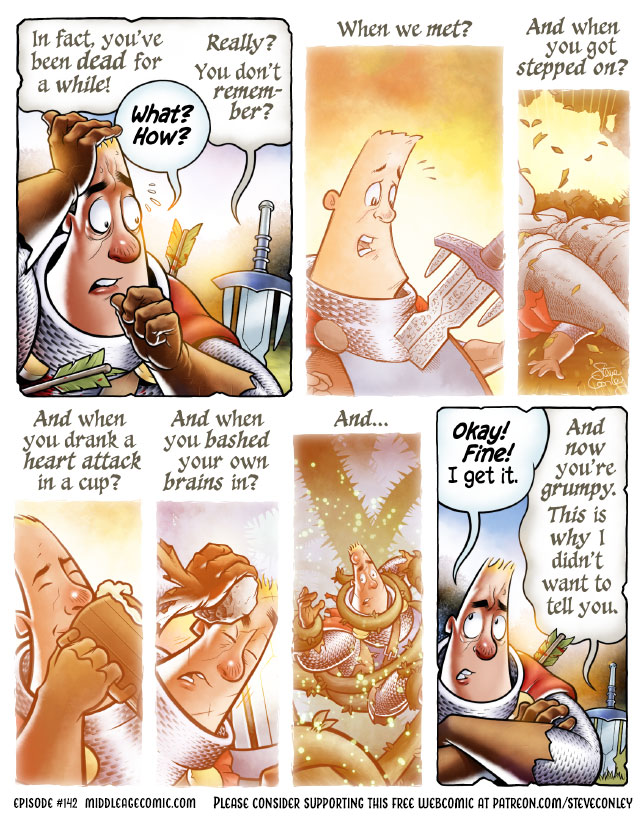 It’s April 1 and I was in no way tempted to just show our hero in a grave with a big ‘The End’ sign. Well, I might have been a little tempted but I’ve been looking forward to this flashback sequence for a while.

It was really fun to see the evolution of our hero through the flashbacks.

Writing and drawing a single story over many years feels like one of those generation ships in sci-fi – you know going in that the person at the controls at launch won’t be the same person reaching the destination. Thanks for going on the journey with me! I promise I have some idea where I’m going. :)

Shop talk: To help blend the various flashbacks, I gave them a golden glow and softly vignetted the edges of each panel. The golden color helped cover for the fact that all those previous panels have very different color palettes. I kind of wish I had done this with Quimp’s previously shown flashbacks.

The Middle Age is made possible by my wonderful and kind supporters on Patreon!

Thank you all again!