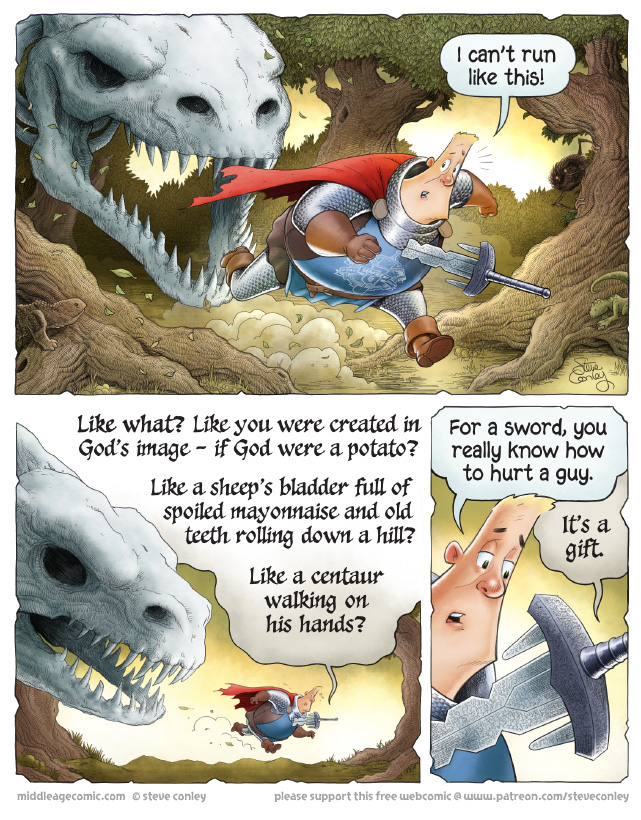 Episode 3: “You Really Know How to Hurt a Guy?”

I’m very happy with how this strip came together. The first panel is probably the best thing I’ve ever drawn. I ended up rewriting the script as to not cover so much of the art.

As for panel two, here are some of the similies I didn’t use:

See you next week!