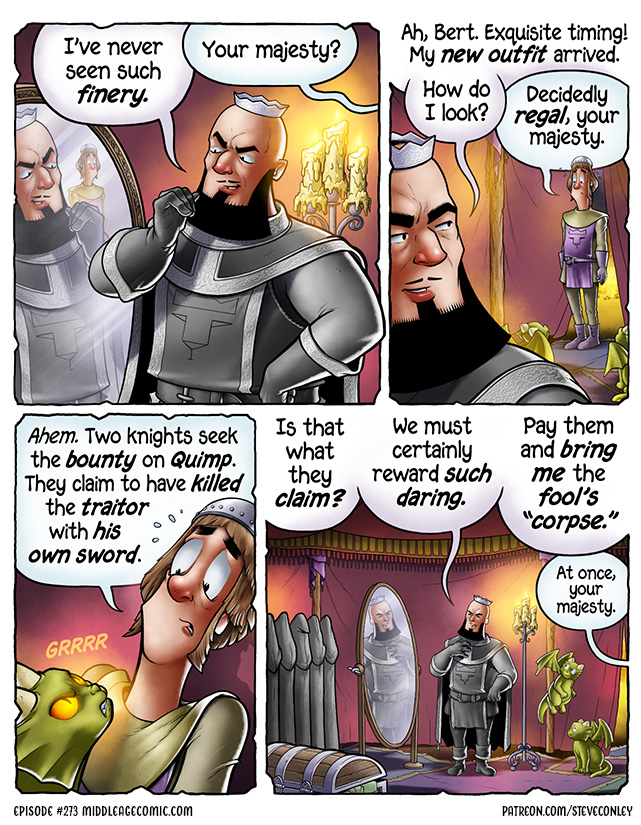 This is one of the few episodes to not feature our hero – though he is the topic of conversation.

This episode was almost entirely derailed by the most middle-aged of problems – my back went out. In fact, the first draft of the first episode of The Middle Age started: ‘Twas the middle age, a time of knights, wizards, and lower-back pain.

Write what you know!

This episode shows the King for the first time in nearly 170 episodes, not counting Quimp’s flashback to Aethur as a younger prince. The long absence gave me the opportunity to spruce up the King’s look.

My streaming schedule has been revised to Tuesdays and Thursdays from 4pm to 8pm ET (with random bonus streams from time to time). Be sure to follow/subscribe on Twitch or YouTube to be notified when the next stream begins.

As always, if you’re enjoying The Middle Age, please consider helping it continue by becoming a supporter on Patreon.

I hope your new year is off to a brilliant start!