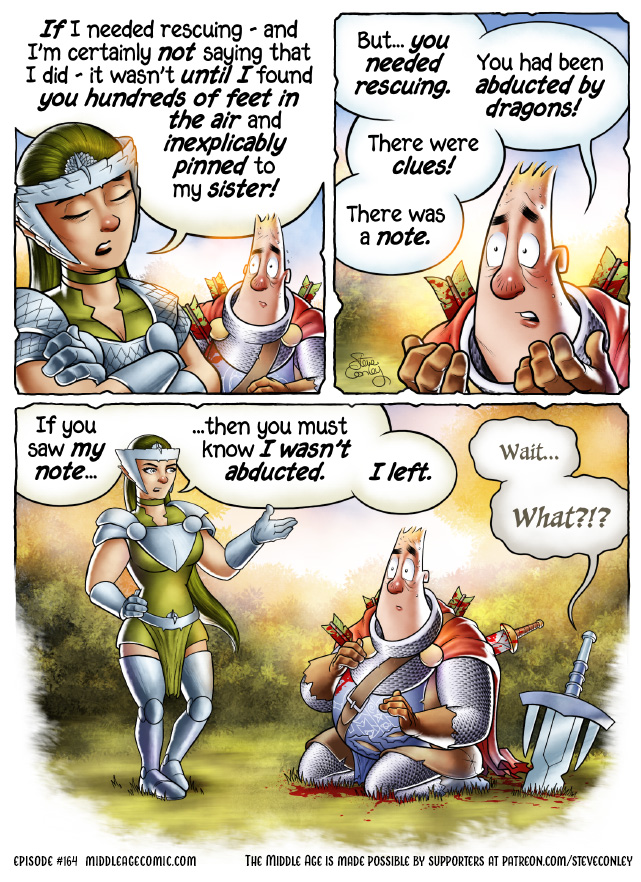 As always, big thanks to my kind supporters on Patreon for making this comic strip possible!

Whew! I’m back from HeroesCon. I had a wonderful time and it was fantastic to see a few Patreon supporters there! :)

As a guest of the convention, this was the first time I displayed exclusively The Middle Age books, pins, and sketchbooks at my table and the response was very kind! In the past, I’d have displayed some of the other projects I’ve worked on – like variant covers and sketch covers – but I want to focus on The Middle Age and it worked out really well.

I have no other conventions or appearances planned until Baltimore Comic-Con in October so I should be able to get back on schedule now.